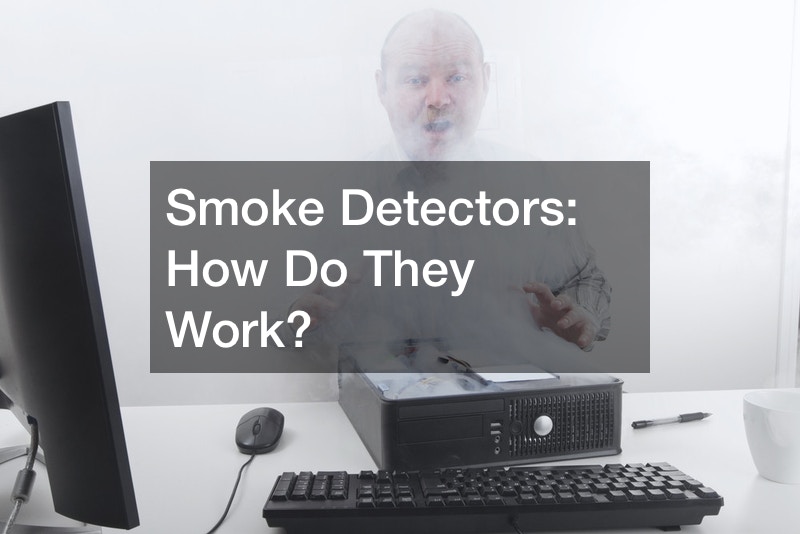 One of the most popular types of home smoke detectors are called photoelectric detectors. Its chamber has a beam of laser light.

When smoke enters the chamber, it stops the light beam from working. This triggers the alarm. These detectors are good in a preventative fire system since they work best to detect slow-burning or smoldering fires.

The other most commonly used fire detector is called an ionization detector. Two plates inside are electrically charged in order to create a continual flow of ions in the chambers. One plate is open so smoke can come in. The other chamber is called a reference chamber, and smoke does not come inside it. The alarm is triggered when there is a difference in the ion flow of the open chamber to that of the reference chamber. Smoke enters the open chamber, disrupting the flow of ions, and the alarm is triggered. These work best at detecting fast-burning fires but can be set off by cooking or even by dust. 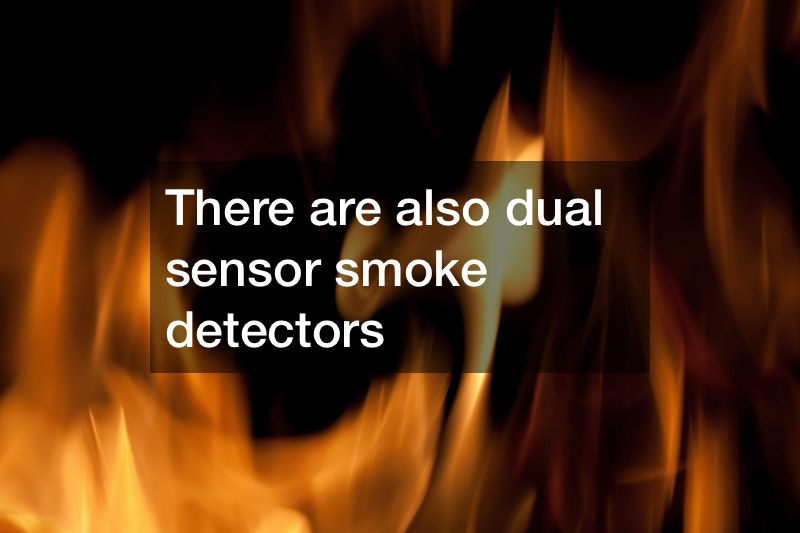 There are also dual sensor smoke detectors, which combine both photoelectric and ionization sensing techniques.